Please Don’t Tread, small drawings exploring empathy and demonization through the symbols and bodies of snakes (1-15), companion series to reinterpretations of the Gadsden Flag (1775), ea. 5″x17″, graphite on yupo, 2016-7. 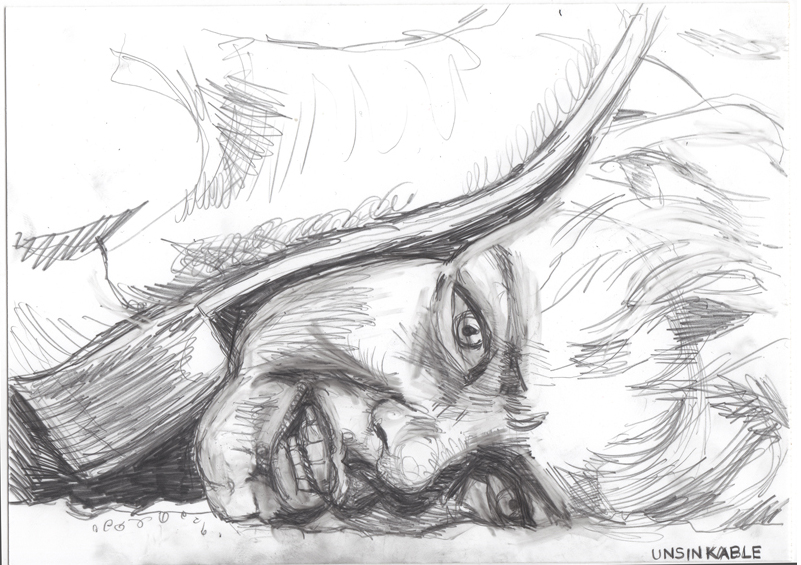 Unsinkable (small drawing based on a movie still of Debbie Reynolds as Unsinkable Molly Brown.) 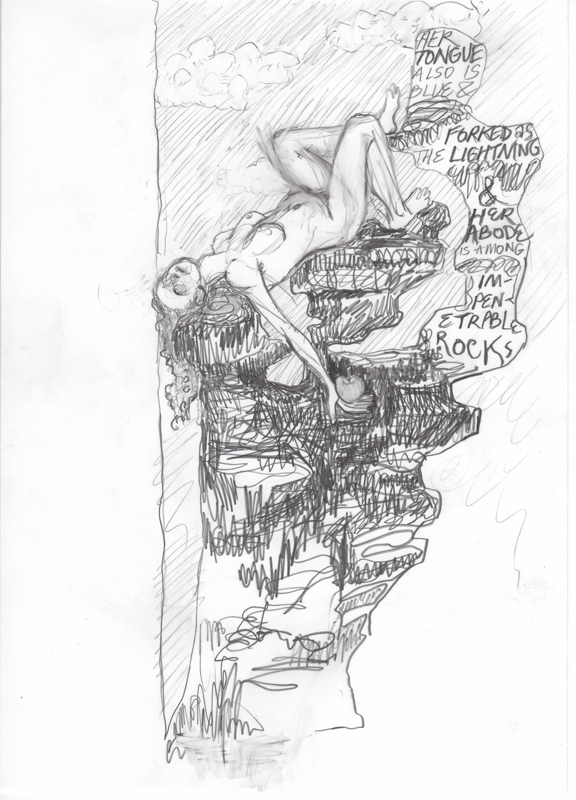 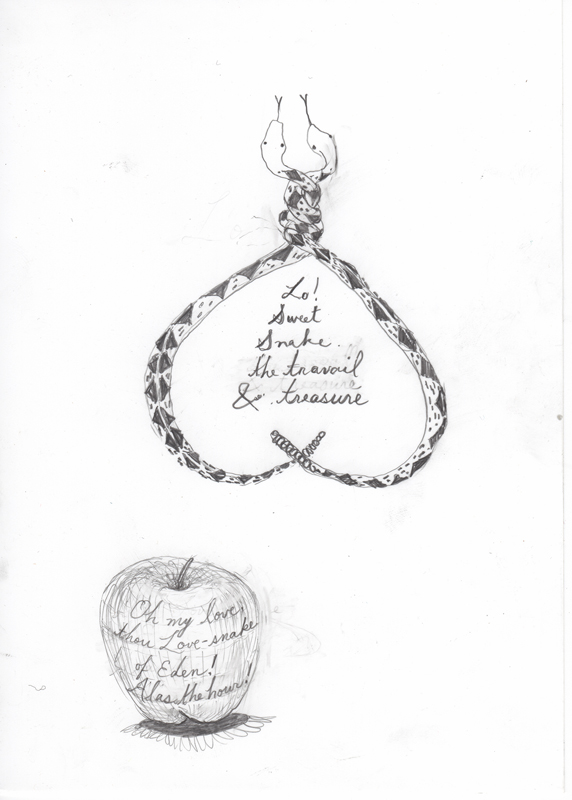 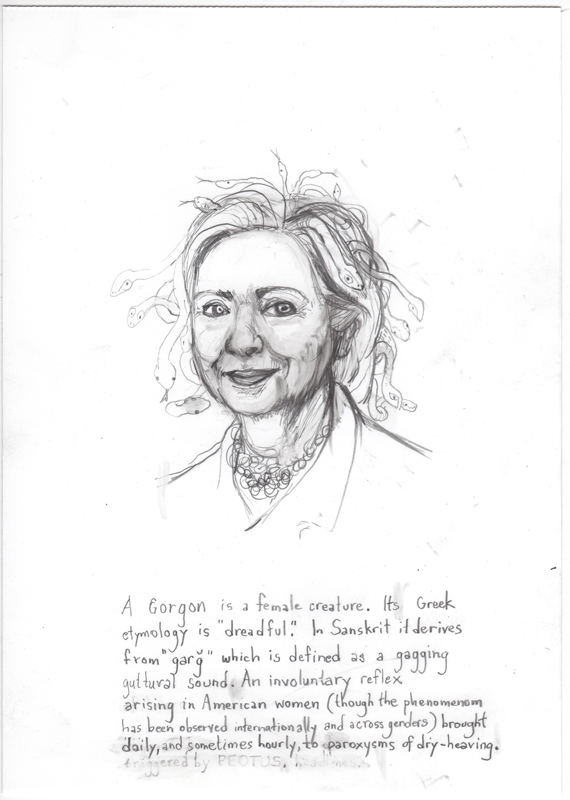 (The vilification of Hillary Clinton fueled the record protestors of the Women’s March. One of Trump’s first executive orders was the “gag order” on international women’s health initiatives, directly affecting women’s mortality.During the campaign, Trump referred to Hillary as a snake. Medusa, a gorgon had hair of snakes.) 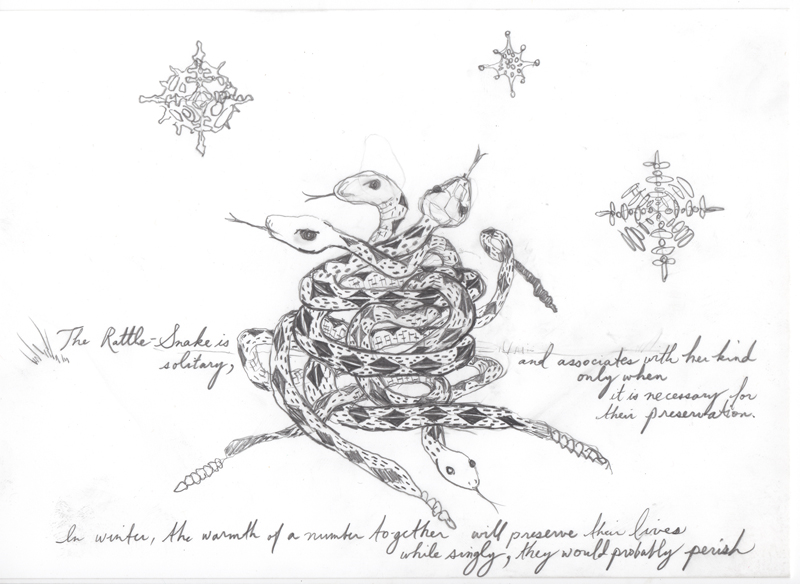 (“The Rattle-Snake is solitary and associates with her kind only when it is necessary for their preservation. In winter, the warmth of a number together will preserve their lives while singly, they would probably perish.” Benjamin Franklin) 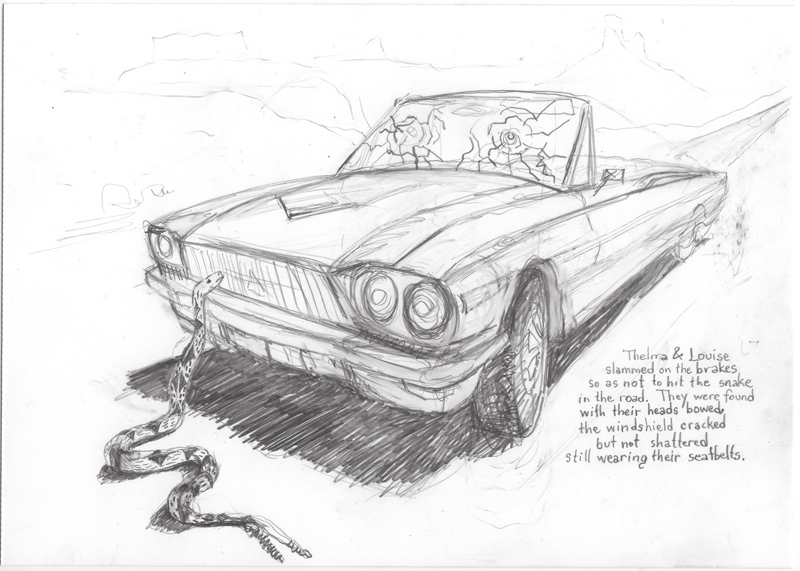 (What happened on the way to the cliff when Thelma and Louise,  mindful of animal life and wanting to avoid ancillary casualties, slammed on the brakes. “They were found with their heads bowed, the windshield cracked but not shattered, still wearing their seatbelt.”) 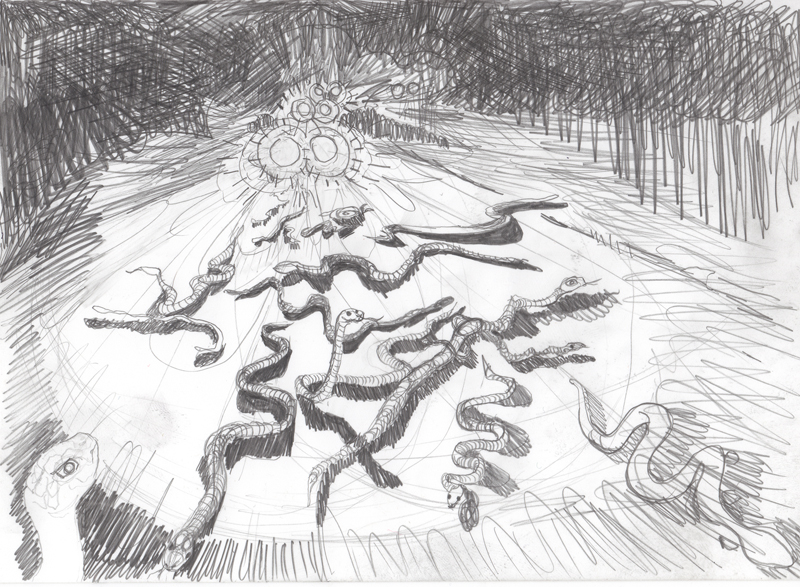 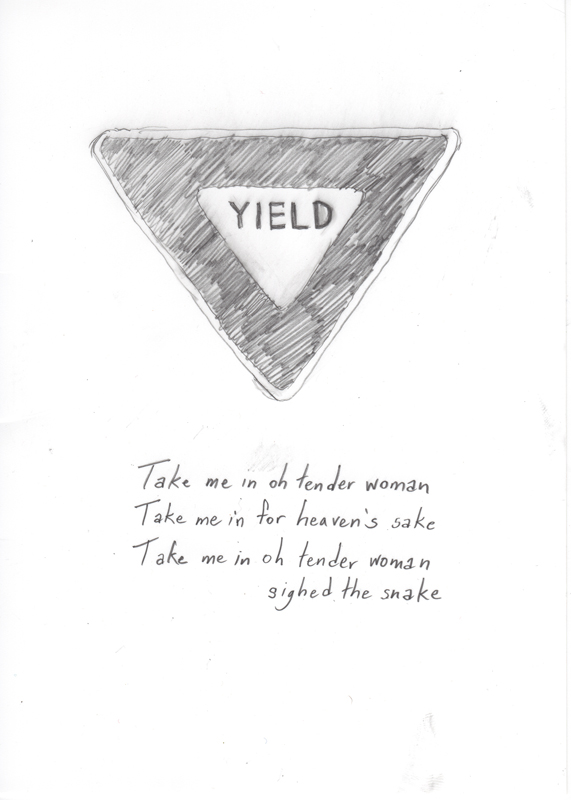 (Lyrics from a song by Al Wilson. Trump quoted from other parts of the song during the campaign, likening immigrants to the snake who bites the hand who feeds him, his (woman) rescuer. He also called Hillary a snake.) 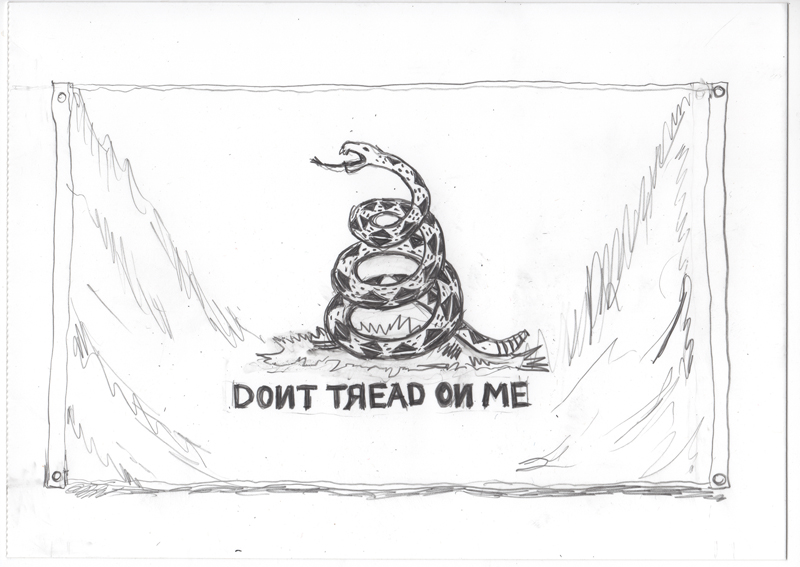 (Modern wavers of the Gadsden Flag (1775) are often those most concerned with doing the treading on others–women, LGBTQ, immigrants, non-christians. Russia who interfered with our democratic election voted “democratically” 380-3 to decriminalize domestic violence. 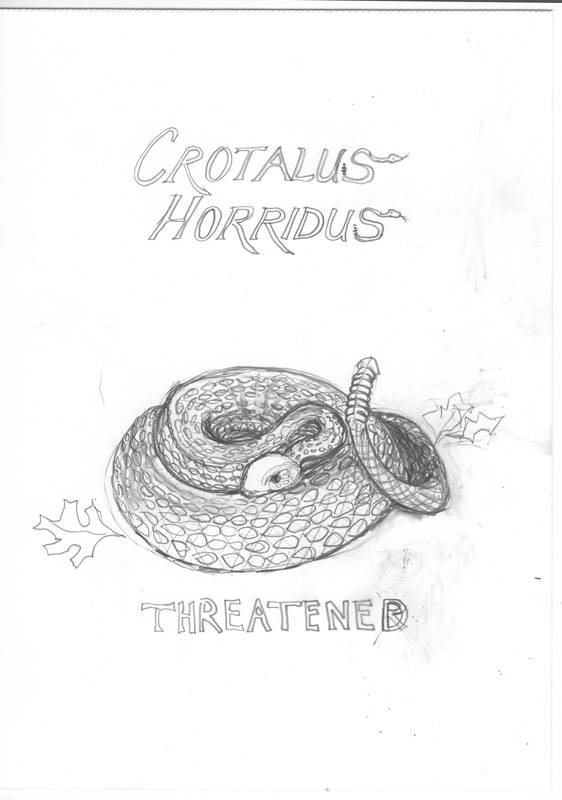 (The timber rattler, about whom Benjamin Franklin wrote so movingly, “She is an emblem of magnanimity and true courage” is endangered. The endangered status of the bald eagle helped engender the Endangered Species Act. She is called a threatener when she is one who’s threatened.) 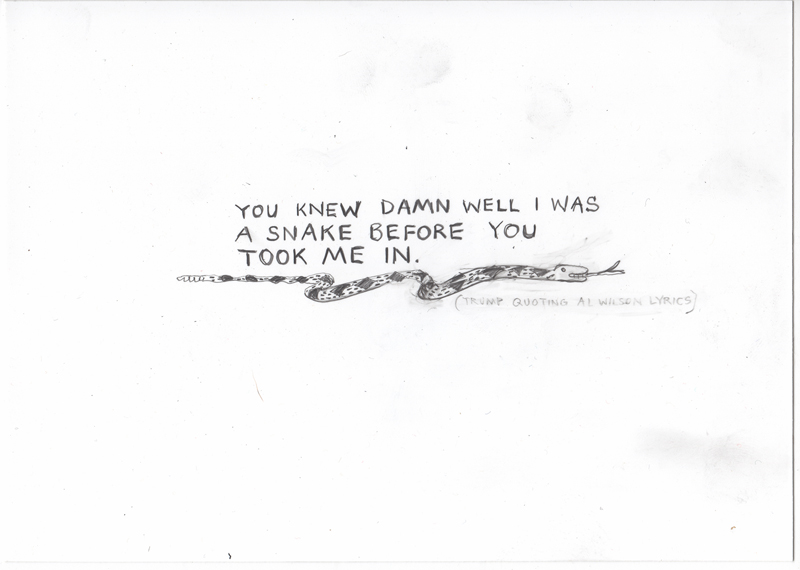