Admixture of Will and Seduction is a photographic series exploring the synchronicities and micro-alignments of a dog protagonist within the urban environment. It relies on acts of incidental witnessing rather than intervention. Nothing isposed or staged. Within daily, devotional dog walks along familiar routes are revelations. The dog’s investigations are exhaustive; she discovers hidden things: the network of burrows near the hospital, the routes of possums and the strategies of squirrels, the movements of people and the traces they leave behind. Her large ears swivel. She swiftly and fleetingly aligns her body to underline her formal and sensory discoveries and the relationships of parts. To see the city through her is to discover a cursive- of routes and scent trails, of scribbled street runes. It’s an experience ofdeep reading. When very small, stray, on her own in the city, she leaned exhausted against the side of a newly painted house. The wet paint dried, trapping her. She is not a dog who desires most to be held; embraces may retain echoes of her entrapment, her helplessness. To be with her on the same side of a door or a fence, to engage her mind is to love her. Tenderness is to venture into the world with her and explore. She retains aspects of a wild creature, like a coyote or a vixen, and the decisions she makes about where to go, the ways she exercises her autonomy, posits theories of whereabouts and motives and hunts the evidence, carry added poignancy.

In my work exploring levers of empathy (particularly between species), capturing the incidental signifiers (gesture, transient expression) relies on a convergence of reflex and impulse, situation and timing. On our walks, tiger dog moves through the big city, carrying nothing, wearing nothing; her body is her vehicle and her expression. Photographs reveal fleeting and yet deliberate synchronicities and alignments– of limb and leash, shadow andsidewalk crack — created by a dog finding her place in a world built for humans.

Through companionate mirroring, she underlines subtle harmonies. Her everyday geometry, its ephemerality and its searching sequences, are both improvisations and statements. Quick-witted and subtle, through the medium of photography, the only thing nearly as fast as she is, she teaches me how to see and how to be in the world. I watch her watch the world. Her expressive ears frame my purview, train me, in a way, what to regard. The photographs I take engage both our bodies. The best ones seem to happen mid stride or in the briefest of pauses mid-motion and as a natural extension of our walking or turning. At first I saw the leash as too much a signifier of her “pet” status. But the leash, required as it is by law in the city is also our connector. It vibrates as she vibrates when fixated on a squirrel. I feel a low rumble in her throat before I hear it. In a photograph, the leash is a directional marker, a tangent, but also a delineator of form and another way she underlines her synchronicity with the environment and with me.

Two horses grazing in parallel each with the same foot forward is a picture of perfect sympathy. Companionate mirroring as practiced by many species, is exquisitely communicative and eloquently conveys solidarity. Tiger dog meets another dog. They circle and sniff, tails erect. Meetings between dogs are fraught. Both have teeth and swift reflexes. Split second decisions carry consequences and perils. In the photographs after the fact, I saw micro–alignments. The initial assessment, lasting mere seconds, was punctuated by a turning and perfect matching of strides for perhaps two steps. Alignment of one body with another is deeply tactful, deeply expressive. I began also to see how tiger dog expressed her processing and understanding of her broader environment (and my place in it with her) through similar fleeting synchronicities and alignments with structures.

They say a dog’s imagination and fullest ways of “seeing” are unlocked through their noses. Their sense of self is not through self-recognition in a mirror but through odors. Scent reveals hidden moments and overlapping movements gone otherwise unwitnessed. Scents are current but also layered in time. Their relative potencies evoke not just points of origin but also history, convergent in overlapping space if not in time. For me, the fullest way of seeing has come through witnessing her signs and signals as we walk and recording them in photographs that yield insights after the fact. The digital picture file becomes my figurative scent trail. The files establish history and who went where and before and after whom. Still she knows more. She can read fear through her nose whereas in a photograph a snarl of fear might read like a smile.

I fully confess to my utter beguilement by her beauty and cleverness and what I will call, without embarrassment, her artistry. The series is a portrait of love and of intimacy and devotion unfolding. The same places and familiar routes through shifts in the light and weather and seasons- reveals multitudes. To see her in the world, to behold what she does, to not objectify her or pin her with some appropriating gaze, to slink with her down streets and alleys…She is subtle and private, quick and clever. Although a dog, not big, often fearful, she is on a quest for knowledge. She may stalk cats, she may be stalked by cats but she will not be catcalled. Because she is two steps ahead of the wolf whistle and nipping at the heels of any who might trespass between us. 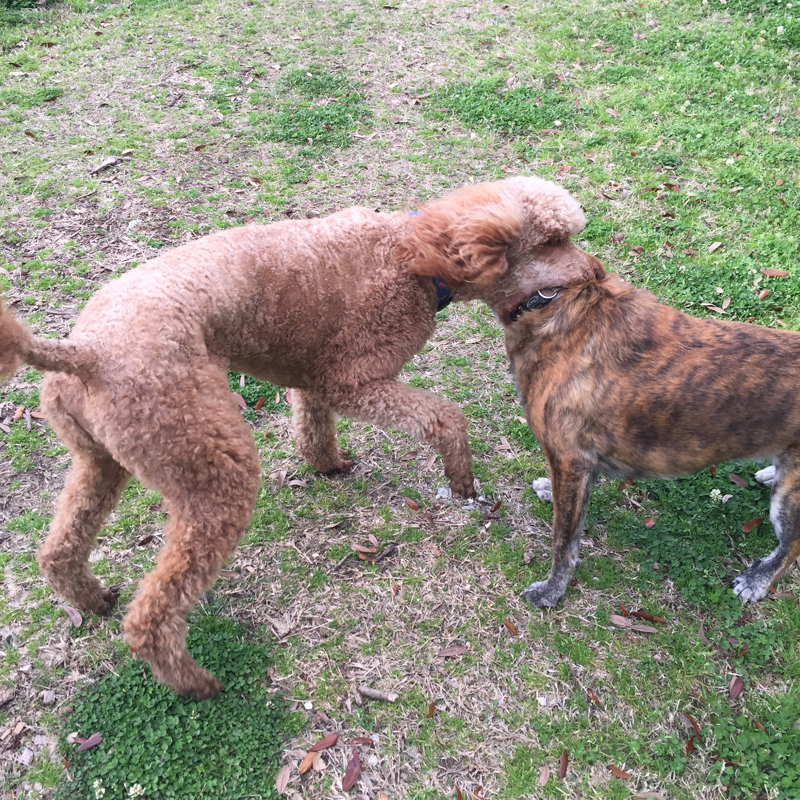 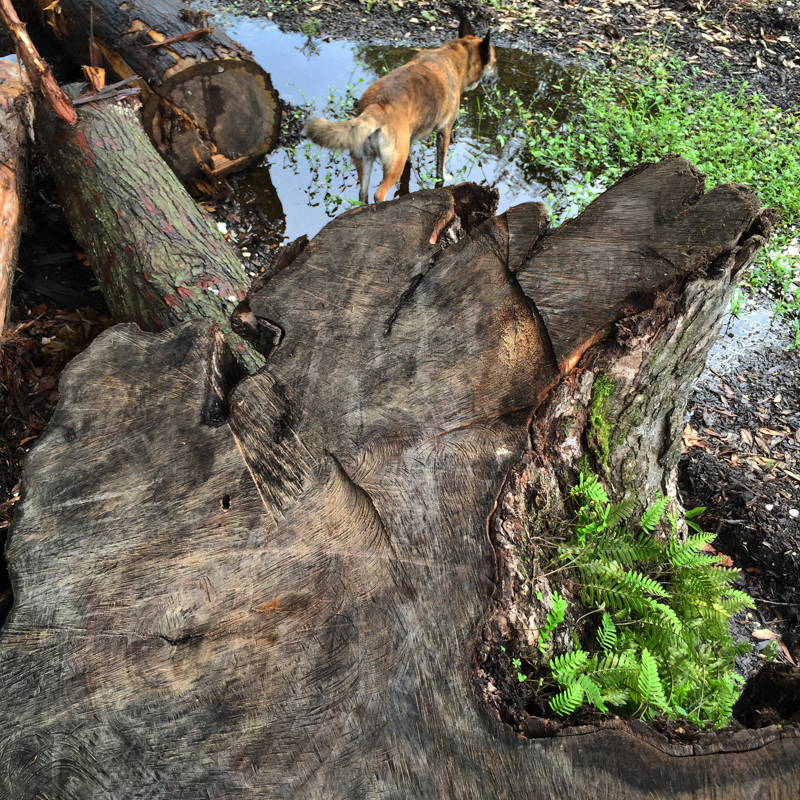 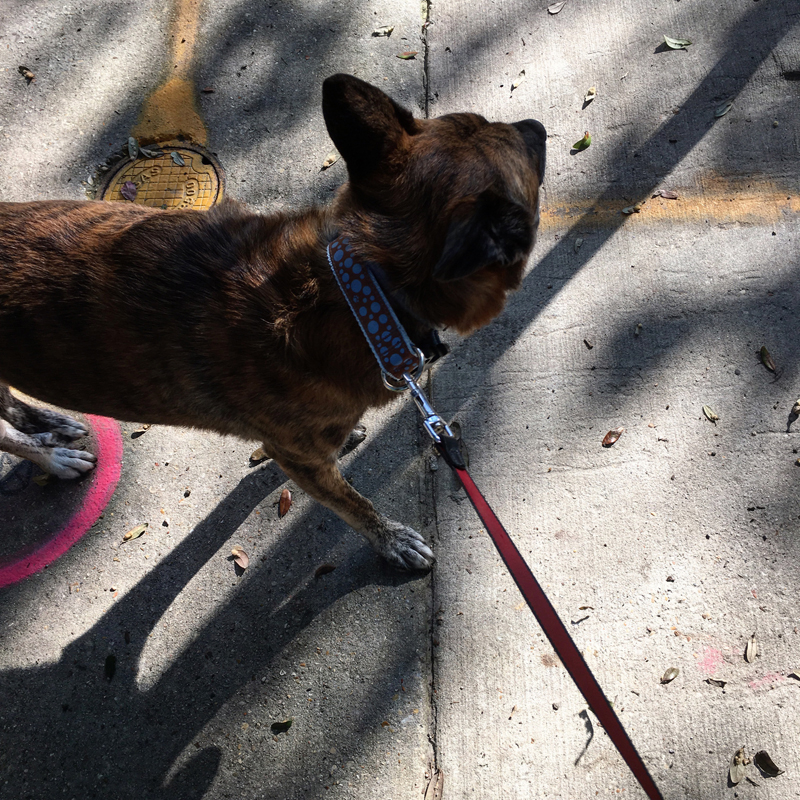 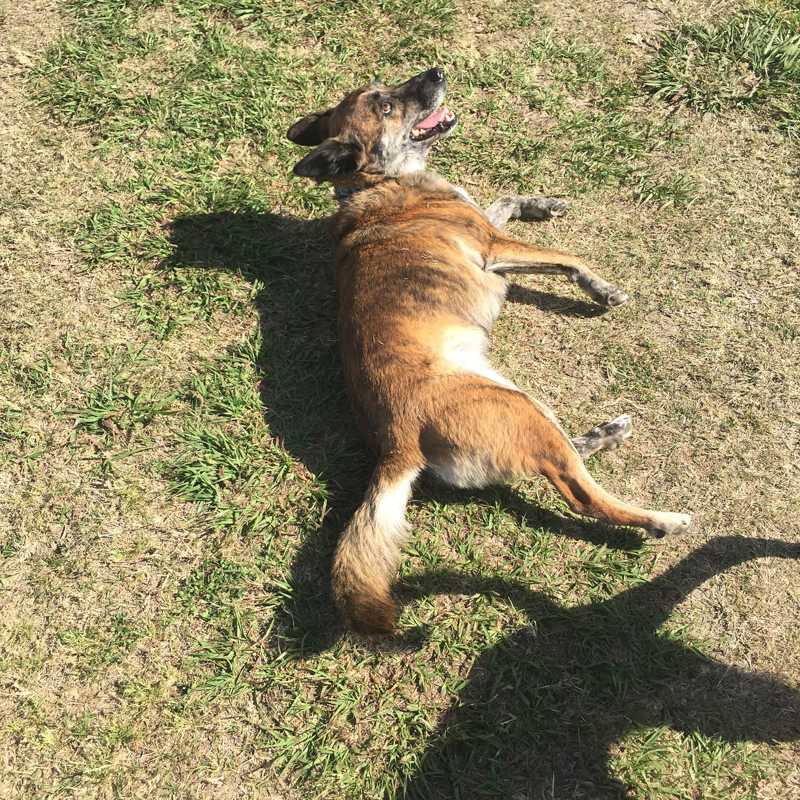 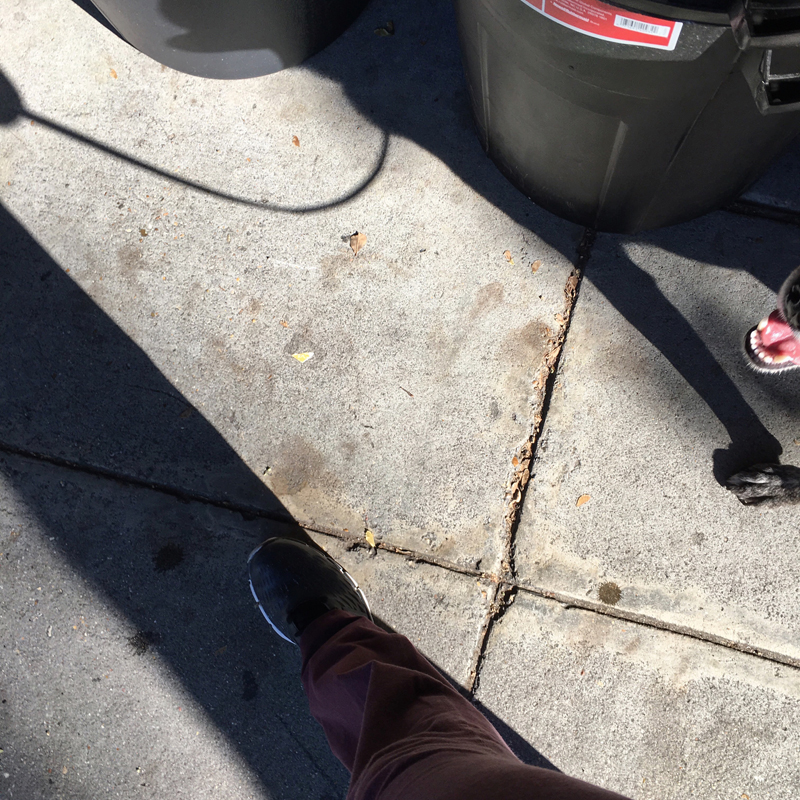 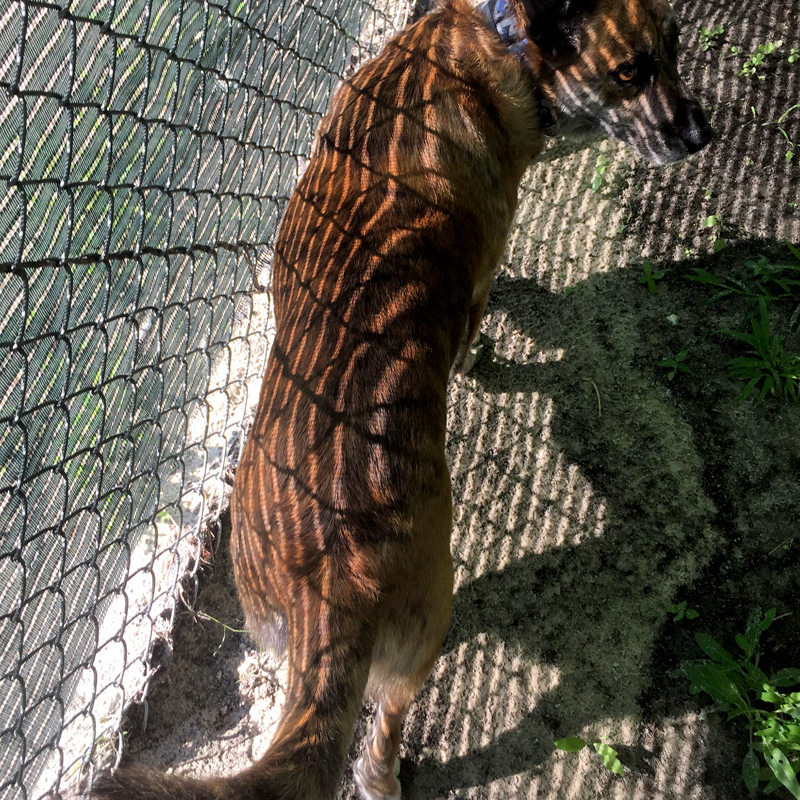 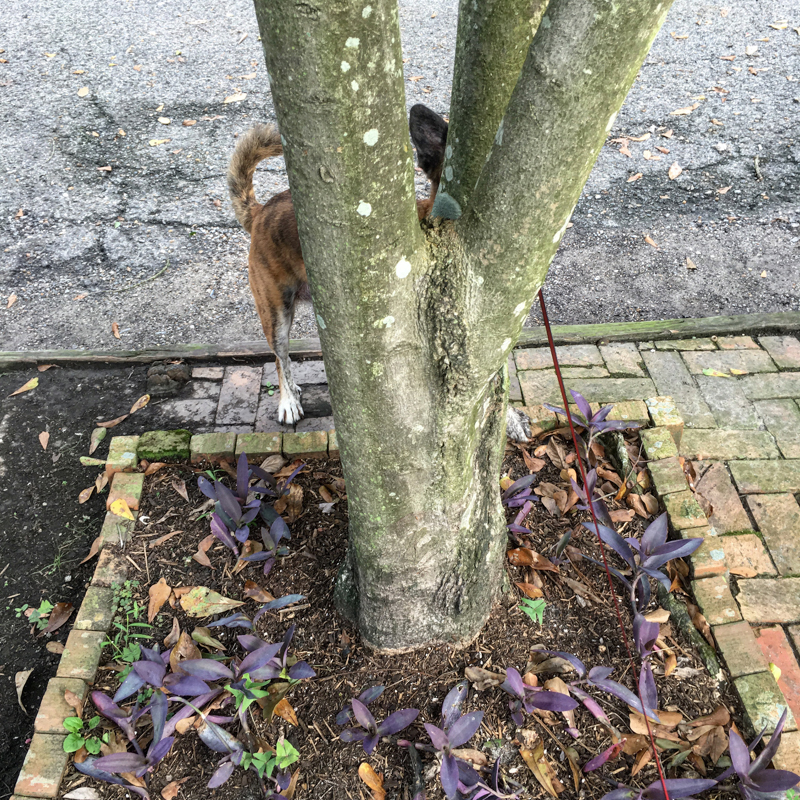 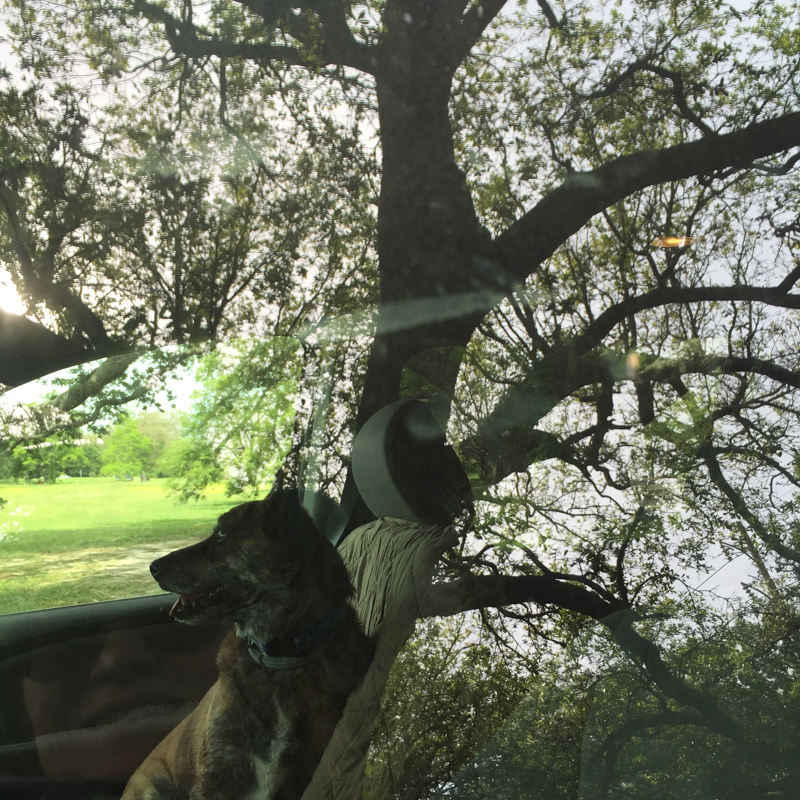 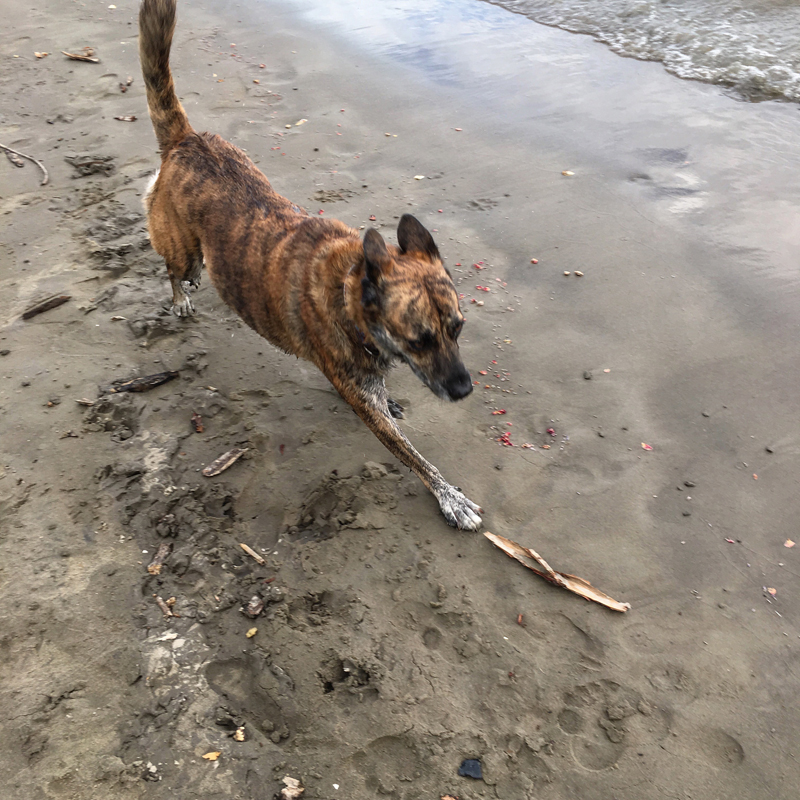 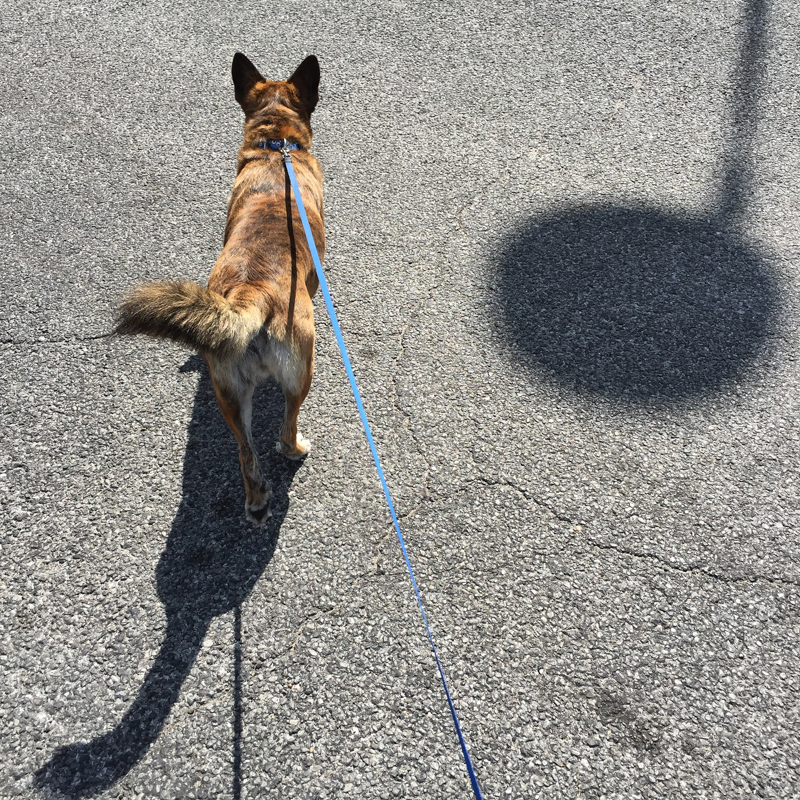 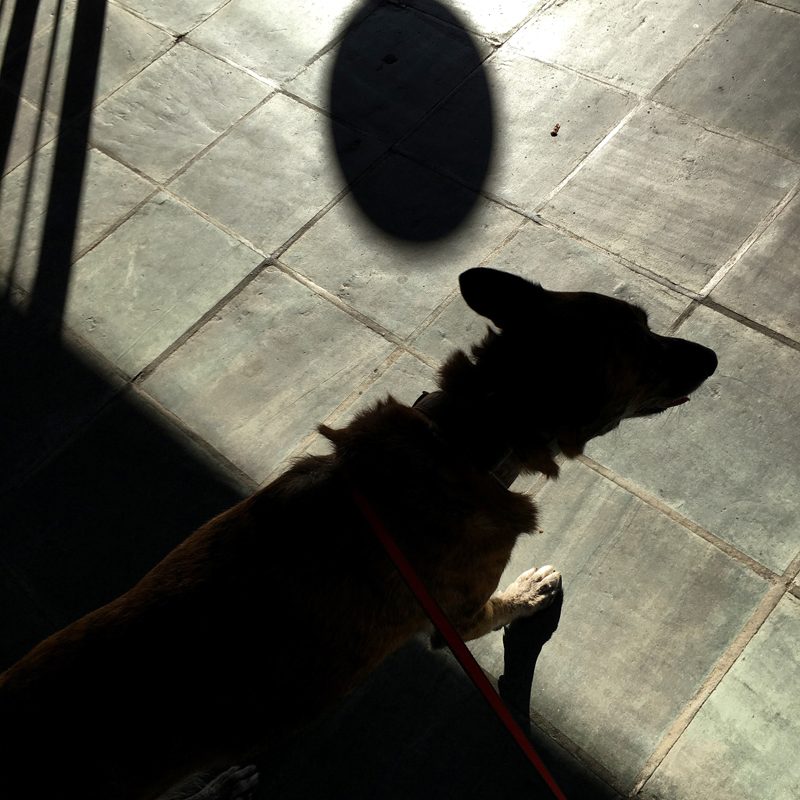 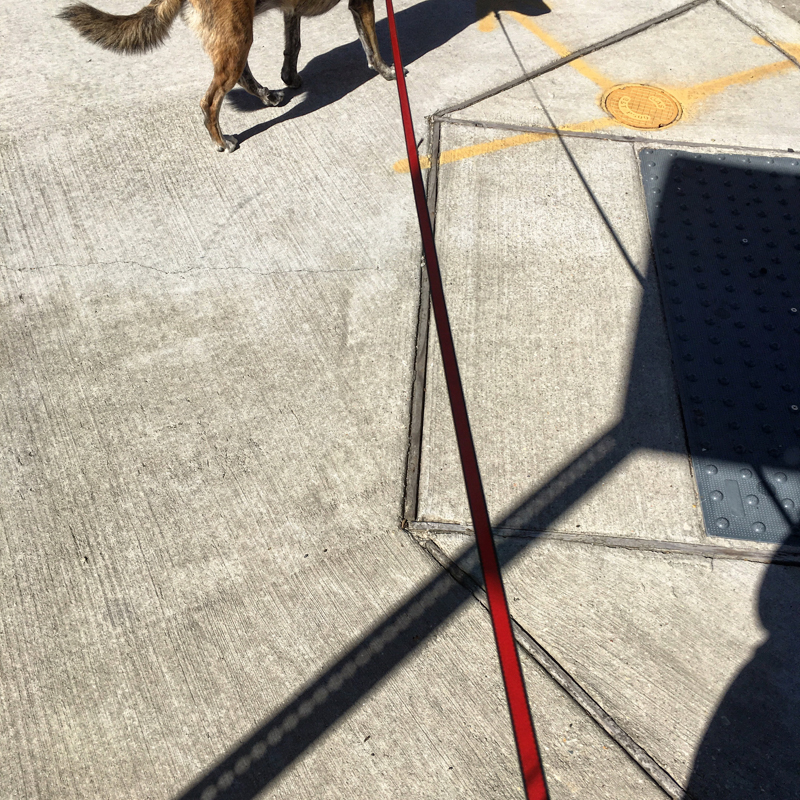 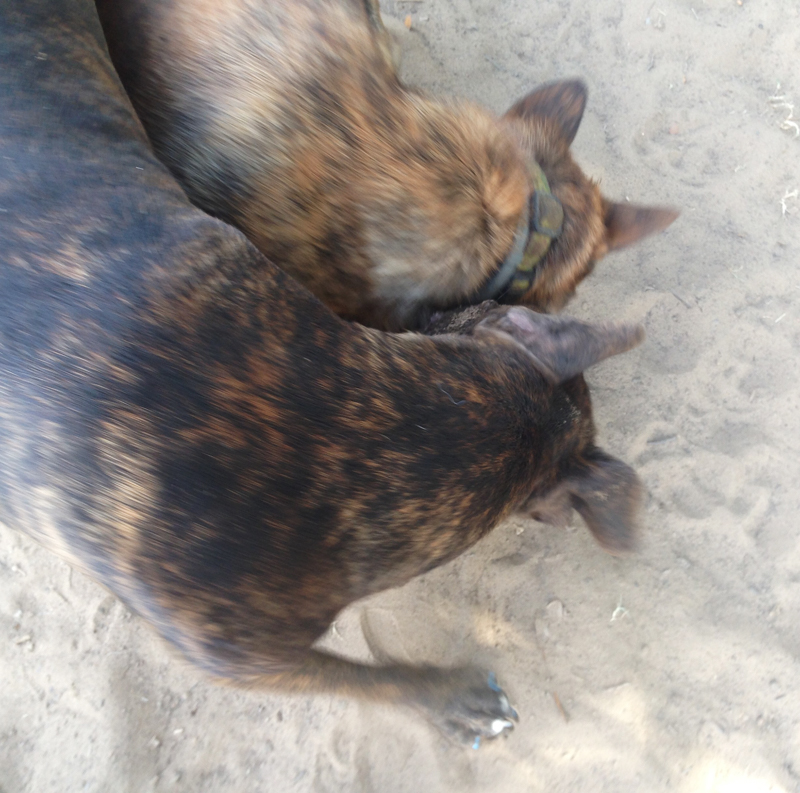 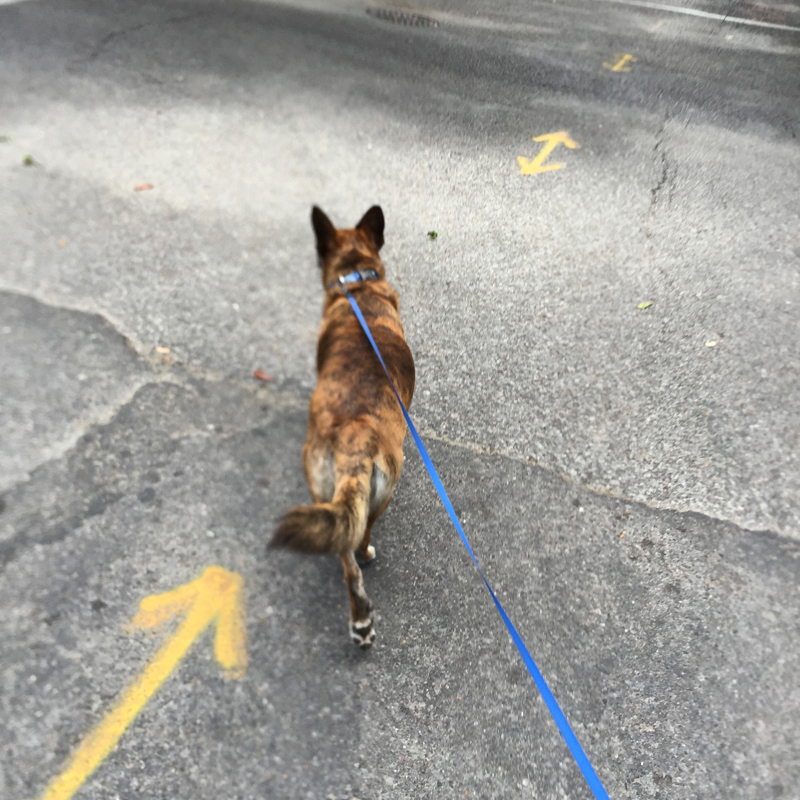 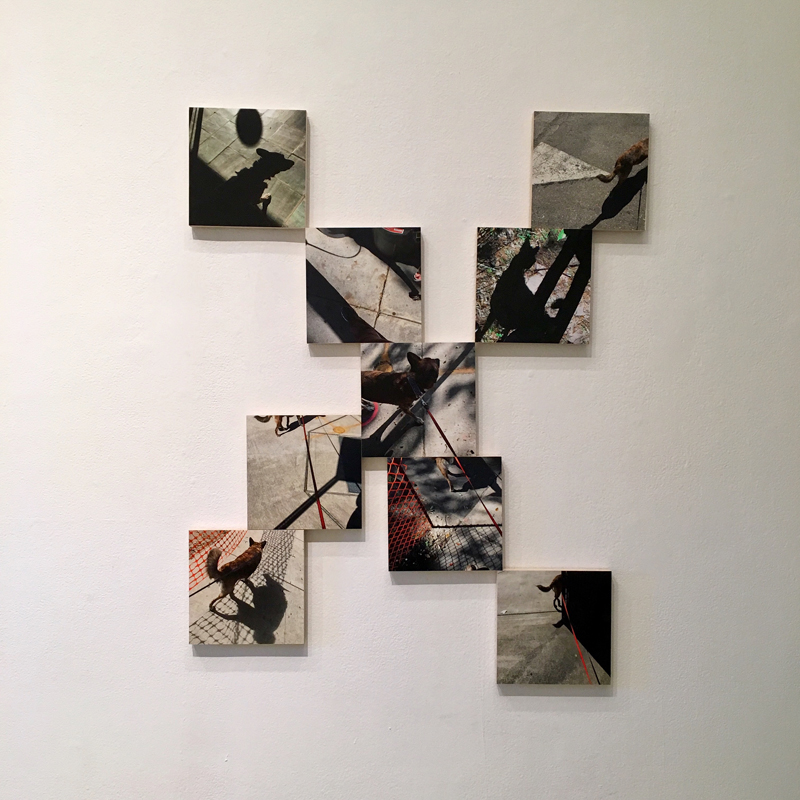 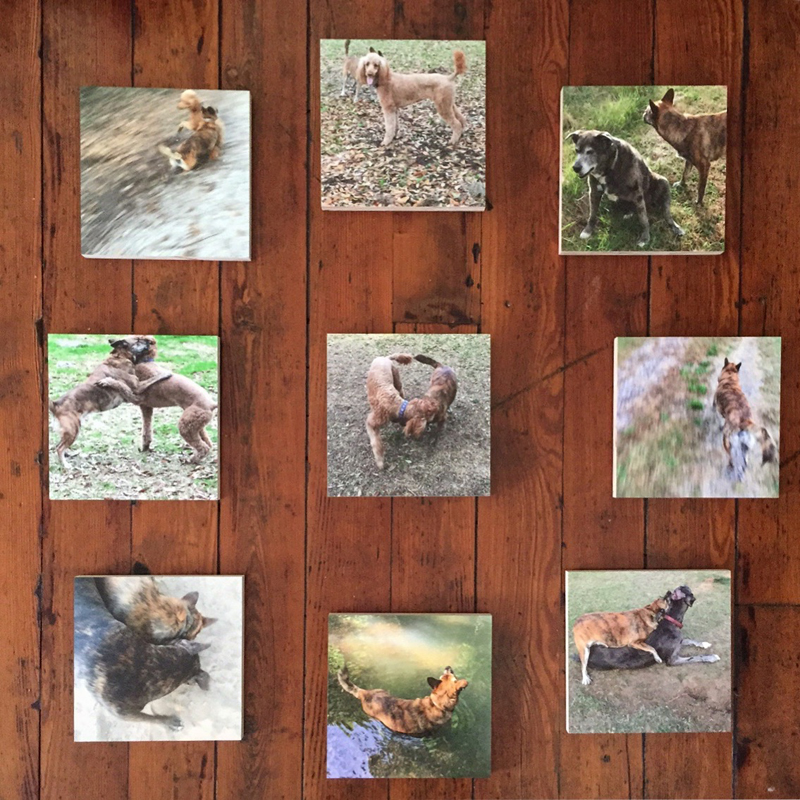